I’m superstitious about new year, and doubly so when January 1 falls on a Monday. So it bugs me that I’m not more excited about this one.

No resolutions. Not one. For the first time in my life as a self-aware human being, I am not starting a new diet … giving up a bad habit … launching a new budget … changing how I dress … or in any other way aiming to do, think, feel or be anything other than the person I’ve been for the past 363 days.

No, I’m not depressed. That is, of course I am, but I take mind-altering drugs for that now, so any downward-pressing sensation in my brain/heart/lungs/gut is merely the detritus of feelings past, best ignored until it leaks through a crevice, trickles into a crevasse, and drips into the primordial soup that nourishes my crocodile brain. 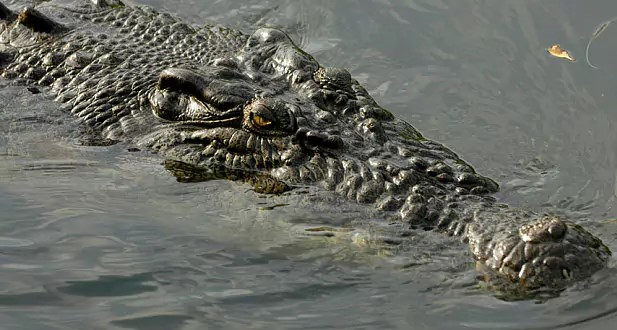 I’m just … Oh hell, this is the year I turn sixty, so naturally I’ve been doing what many of us do when it dawns on us that the road ahead is shorter than the one behind: I’ve been reconnecting with old friends through Facebook. And I keep bumping into people who are living my life – mine – the one I staked my claim on back before all this adulting started. They went ahead and figured it out – lost the weight, acquired the poise, managed the money, got the stuff, rose as unstoppably as bubbles in a glass of champagne.

Meanwhile I frothed out of the bottle and splashed onto the table.

See, I’ve always thought of myself as the maverick, the joker, the outside-the-boxer who would one day ascend to my full amazingness (by methods undefined probably involving writings of passion and brilliance, but also acts of courage and, of course, wisdom) and astonish everyone who ever didn’t invite me to parties or wrote “could do better” on my report card.

Turns out that instead of a maverick I might be merely disorganized. Turns out that while I’ve been concocting a work history so random that it makes prospective employers flinch and back away, my non-maverick former fellows have, step by patiently consecutive step (or maybe by many wild leaps – how would I know?) made pictures, earned PhDs, transformed communities, invented medical techniques, won awards, walked with lions, built businesses, climbed mountains, published books.

I’m not proud of this part but I’ll tell you anyway: it made me angry. I felt bitter, dissatisfied with my life. Every story I haven’t told, every place I haven’t been, every challenge I haven’t met, every opportunity I’ve fumbled – that was all I could think of as I compared myself with these new old friends. I felt like a mouse in a corner while they were Smaug on his hoard.

To summarize, I’ve been sitting on 2017’s butt and glowering, while 2018 and sixty and a lifetime of wtf-was-that? hurtled down upon me like a drunken locomotive, and really if one’s crawling beggar-like up the steps to Death’s door, dreaming up yet another set of new year resolutions seems … well … a little pointless. (As does unmixing metaphors. Consider this bit as the verbal equivalent of Smaug’s hoard.) I decided I wouldn’t bother to think about it.

But one has to think about something.

So I’ve been stocktaking, wandering through the cluttered warehouse of my life.

Oh, who am I kidding? I don’t have a warehouse. At best, I have a storage unit. And I don’t “wander through it” – I clamber over the old suitcases and cardboard boxes in which I hoard my stash. Heaps here and there are evidence of past efforts to sort, organize and discard old dreams, hopes, plans, ideas, assumptions. I kick them aside and keep searching. This is not a time for sorting; it’s for appraising. Is there anything here of value?

I find concepts unpacked, half-assembled, and discarded. Stories unwritten, half-written, written but untold. Relationships left out in the weather and faded beyond recognition. Promises I never decided not to keep. I find lists – so many lists – to do lists, goals and action plans, names of people I said I’d pray for, great books and extraordinary places. I wonder how much of my life I’ve spent writing lists. Everything I find tugs at me, whispering “Finish me! Fix me! Read me and check things off!” but I yank myself away. Not now. This time is for assessing. Is there anything here that’s complete?

The process is exhausting. I long to find a saggy old chair, wrap myself in a comforter, and lose myself in a book. But not this time.

This time, I look.

And here, and there, and also over there I see the gleam of treasure. It’s not where I thought it would be. It’s not what I planned to collect, yet here it is.

I’ve raised a girl and set her loose to change the world, her way. I’ve made a school and out of it built a family. I’ve strung together words in ways that make me smile. I’ve said “until death do us part”, and I haven’t killed anyone, and we’re still holding on. I’ve taught, and I’ve learned. I’ve been afraid and stood firm anyway. I’ve pulled a lot of dogs out of sad and sent them back out into happy. I’ve planted trees that grow. I’ve loved when I’ve been empty. I’ve forgiven every hurt. I have seen, heard, smelled, tasted, touched. I have been, and I still am.

And I’m not dead yet.

So what thoughts have you carried with you into this new year?