I’ve been pondering mortality quite a lot lately. The remorseless, inescapable advance of that final deadline.

I don’t mind dying so much. Sometimes I’ve even wish I could just get on and be done with it – turn my back on disappointment, loss, failure … get out of the way of those who might make better use of the space I take up. This whole business of being human … I just don’t seem to be very good at it.

But the thought of dying without having fully lived … now that bites. When I was a teenager I wrote a poem … I don’t remember how it went (it’s tucked away in a brown plastic file with all my other juvenile outpourings, I have no idea where) but I clearly remember how I felt when writing it. We were living in a little old house in a suburb outside Johannesburg, and my parents spent their days slaving away at rebuilding that house into their dream home, while also establishing their own business from home. They were busy and stressed, and they bickered constantly. And I looked at their lives, and shuddered at their boring middle-classness, and wrote something that began “I shall never fall to this / The final degradation”.

So I’ve been sort of flailing about, in between moments of pondering, which themselves are interspersed with long periods of staring into space, in between tunneling through books like an express train, and somewhere in the course of all this I stumbled upon David Cain‘s blogs about bucket lists. 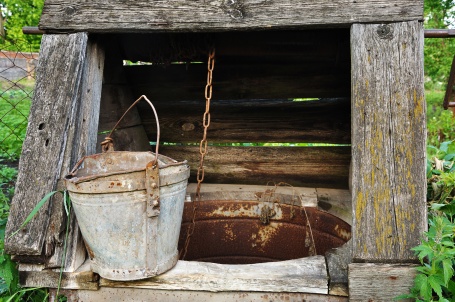 I have always LOVED making lists. You can spend hours sorting them and organizing them and updating them. Sometimes you even get to cross things off them, although usually, having been written and organized and color-coded, the list is then filed away and forgotten. BUT you get to feel really good about having made it. It feels almost as good as actually doing something.

Anyway, I decided to make a bucket list. For the past week, the only item actually on the bucket list was “Write a bucket list”. This morning I quit pondering and wrote down the rest of it. And frankly I’m perturbed.

It is so very short. And so largely mundane. What happened to the girl who wanted to go everywhere, know something about everything, have adventures, take on the world, and never get tied down? I could make the list longer, of course, just by adding a whole lot of cool stuff. But I while I was writing it, I was asking myself, “When I’m dying, will I care whether or not I achieved this? And do I actually believe I CAN achieve it?”

Well, it appears that I’ve morphed into someone who really and truly would rather get caught up on filing than walk the streets of Samarkand.